I had an opportunity to visit Roadford reservoir in the Southwest to see how the headwater stream there had been restored by skilled volunteers - a beaver family. These were introduced to an 3 ha enclosure to combat encroaching scrub in the culm grassland by Derek Gow, the Devon Wildlife Trust and the landowner, John Morgan. The adjacent headwater streams look pretty natural compared with my local chalk streams - small streams flowing through green wooded valleys. However, after 4 years the beaver modified habitat is amazing; open and colourful, awash with flowers, humming with insects and hopping with frogs by comparison. Just two beavers were introduced in 2011; they relocated the watercourse within a week but finally really got engineering in 2013 when their kits arrived. The scrub in the top hectare has now been opened up by tree felling and coppicing; a large series of open water ponds, canals, banks and dams have been constructed and the water storage is now estimated at 1000 m3. 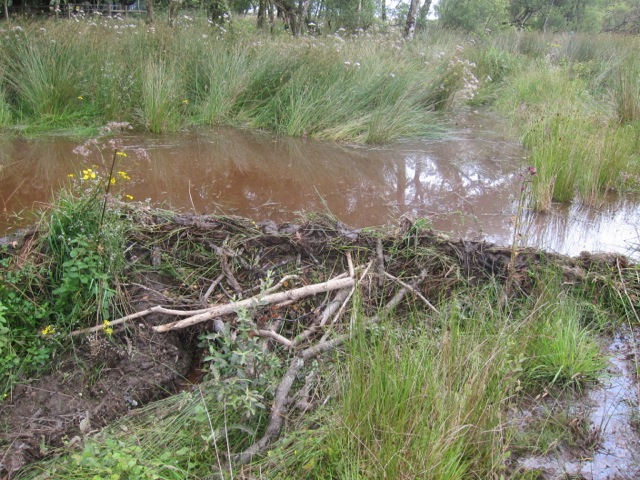 This experimental site is being monitored to assess the changes in water storage, flow and quality as well as the biodiversity which was published in 2013 by the Devon Beaver project and will be updated later this year. Being an unpolluted headwater, water quality changes are low, but the biodiversity changes are evident already. What was new to me was how beavers actually climb trees to coppice them and that they do leave the water to select some preferred species as well as digging canals to get to their food. They effectively garden their food creating lush low level willow growth. The dams were also interesting, being largely very long with a 45 degree profile, directing flows rather than just blocking existing channels. Apparently wild Eurasian beavers rotate the overall community, changing what we would consider the climax community of woodland back to open water and then mire grassland, after which they move on, returning years later when woodland has re-established. In the UK deer may interfere with this process since they lack natural predators. Elsewhere deer avoid the beaver cut woodlands since they are easily caught in the undergrowth by predators.

Fish have recently been found here, probably benefiting from the new open water habitat and longer channels, amphibians have increased greatly and 26 species of water beetle counted. The multiple benefits were very clear and the labour costs low- just free board and lodging (sorry!). The evident disbenefits included having to protect the occasional valued oak tree with netting, some blocking of the monitoring V notch weirs by the beavers and the need for expensive fencing in this trial site. More research is being done at Southampton University on the concerns of fishermen regarding migratory fish movement, but the silt, rush and branch dams here seem susceptible to high flows. It will be interesting to see what the beavers do to the River Otter in time. This visit renewed my belief that beavers have a lot to offer for river restoration, but for those who are uncomfortable in giving up so much control of our rivers, it is still worth a look at the work of these bioengineers to see what techniques we could emulate perhaps to achieve this glorious habitat diversity. 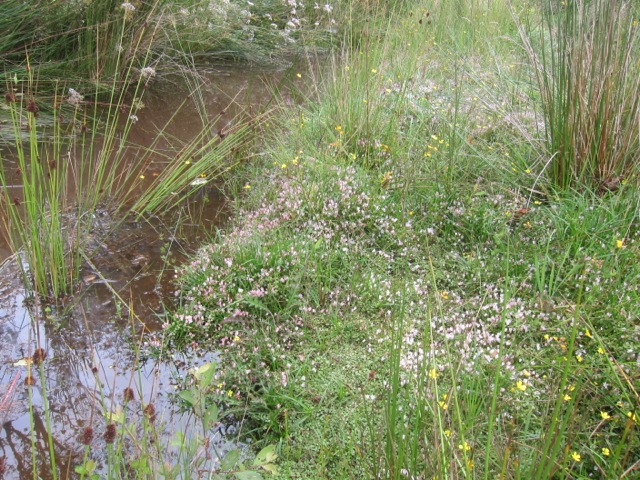